In 1992, Reebok introduced its unprecedented Dan & Dave Super Bowl ad campaign, featuring Dan and rival Dave Johnson, debating who would take the title as the “World’s Greatest Athlete.” This spotlight provided for one of the most publicized failures in sports history when Dan failed to qualify for the Olympic team. Overcoming all obstacles, Dan went on to win two World and three US Championships — all leading to the 1996 Olympic Gold. He continues to give back to the sport, serving as a host, celebrity athlete, and mentor for USATF and the United States Olympic Committee. Over the years he has also worked as a commentator and guest analyst for ESPN, CBS, NBC, and Yahoo! Sports. Dan is one of the world’s most successful, dominant athletes and an inspirational leader for millions of people. 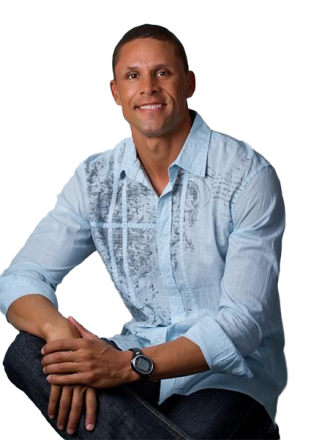