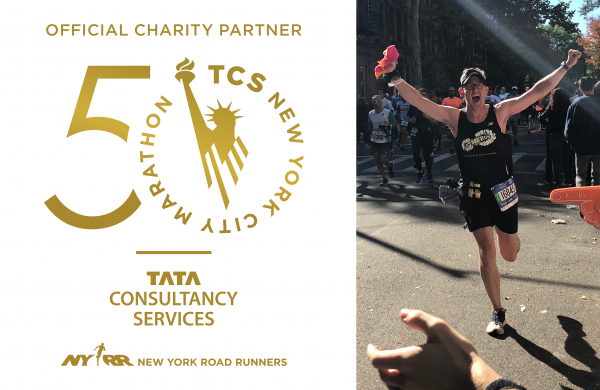 Let Me Run is proud to be an official charity partner of the 2020 TCS New York City Marathon.

In 2017, 2018, and 2019 our charity runner team, "Team Long Run," raised over $150,000 for Let Me Run, through the New York City Marathon's Charity Partner program. Thank you to all who participated! We're excited to participate again as a 2020 TCS New York City Marathon Charity Partner. The 15 members of "Team Long Run" commit to raising awareness and funds for our program, which enables us to continue to expand our reach across the country and fulfill our mission. We’re working to build a new generation of men by teaching boys to be their best selves through a character-development program powered through running.

"Team Long Run" has the unique opportunity – and responsibility – to provide support, inspiration, and leadership for our boys. Past members of "Team Long Run" seized this opportunity to spread the word about our program while raising funds to support us. For this we cannot thank them enough!

Like the New York Road Runners Club, Let Me Run believes, ”running takes your body, mind, and spirit to a better place. The simple act of putting one foot in front of the other and moving forward can make you healthier, happier, and more confident.” That’s why running is such a powerful vehicle for the lessons in our curriculum.

In addition to running, generosity has also been proven to increase health and happiness. "Team Long Run" combines the power of running and generosity. "Team Long Run" runners are a force for positive change in our society and demonstrate the core values of Let Me Run to our boys and our community.

If selected to be a member of "Team Long Run", your main goal will be to raise funds for our program. Leading up to the marathon, you will certainly train, reach personal goals, and experience a once-in-a-lifetime opportunity at the race, but your success will primarily be measured by your ability to raise the funds you committed to provide for Let Me Run. Each runner must raise a minimum of $3,000, but we expect you to exceed this minimum.

1) Each member of "Team Long Run" must register themselves for the TCS New York City Marathon through the New York Road Runners (NYRR) online system. Let Me Run will provide a link for its team members to register with guaranteed entry.

2) Runners are required to pay a race registration fee to NYRR of $295 for non-NYRR members or $255 for members.

4) All runners are responsible for their own travel/lodging arrangements and expenses.

5) All runners will be required to visit the TCS New York City Marathon Health and Wellness Expo in person to pick up their race materials. No proxy pick-up is available. The expo will be open from October 29 - October 31, 2020. Exact times and location will be available closer to race day.

6) All members of the Let Me Run NYC Marathon team must live as a positive role model for Let Me Run boys.

The 2020 TCS New York City Marathon will be the race's 50th anniversary and will feature a world-class American and international professional athlete field, charity runners, and thousands of runners of all ages and abilities. More than 10,000 volunteers help to support participants across the 26.2-mile race route, which touches each of New York City’s five boroughs and is lined with more than one million neighbors and guests.

The TCS New York City Marathon is the premier event of New York Road Runners (NYRR) and the largest marathon in the world. Over 1,000,000 people have finished the race since its first running in 1970 with just 127 entrants and 55 finishers running four laps around Central Park. The race expanded to all five boroughs in 1976 and is celebrating its 44th year as a five-borough affair. Held annually on the first Sunday of November, the race features over 50,000 runners including the world’s top professional athletes and a vast range of competitive, recreational, and charity runners. Participants from over 125 countries tour the city, starting on Staten Island at the foot of the Verrazano-Narrows Bridge and running through the neighborhoods of Brooklyn, Queens, and the Bronx before ending in Manhattan. The NYRR Youth Invitational at the TCS New York City Marathon covered 1.8 miles of the race course in Central Park, beginning near mile 24 and finishing at the famed TCS New York City Marathon finish line.

More than one million spectators and thousands of volunteers line the city streets in support of the runners, while millions more watch the television broadcast in 175 countries and territories, including viewers in the New York area on WABC-TV, Channel 7, nationally on ESPN2, live streaming, and via various international broadcast partners. The race is part of the Abbott World Marathon Majors, which features the world’s top marathons—Tokyo, Boston, London, Berlin, Chicago, and New York—and crowns the top professional male and female marathoners each year. Tata Consultancy Services (TCS), a leading global IT services, consulting, and business solutions organization, is the premier partner of NYRR and the title sponsor of the TCS New York City Marathon.

The 50th running of the TCS New York City Marathon is set for November 1, 2020. To learn more, visit www.nyrr.org/tcsnycmarathon.

As a non-profit, 501(c)(3) organization based in Charlotte, North Carolina, we’re proud to be growing at an exponential rate as boys around the United States crave a program based on encouragement, empowerment, and fulfillment.